10 Great Austin Shows To Fire Up Your Weekend!

If you are looking to turn your music discovery up a notch this weekend, you should look no further than Dirty Dog Bar where Warbeast will be tearing the walls down with their shredding and brutal heavy metal tunes. Playing alongside Warbeast is Shadow Spectrum, Cerebral Desecration, Obscure Oracle, and Desecrated Remains. Guaranteed to be a great show that you will want to tell your friends about, we encourage you to get advanced tickets so that you can secure a spot in the audience.

Note: While this concert is 16+, anyone under the age of 21 will be charged an additional “minor surcharge” at the door

Scorpion Child at The Belmont

For those looking to bring some hard rock into their weekend, they should check out Scorpion Child, a rock band that is based right here in Austin. With their powerful guitar riffs and lead singer Aryn John Black’s booming vocals, the group always gives a performance that will pull you in and not let you go until the show is over.

Sister Sparrow and the Dirty Birds at The Parish

While Sister Sparrow and the Dirty Birds provide their fans with lighter sounding tunes, it doesn’t mean they are any less saucy. With lead singer Arleigh Kincheloe’s smoky vocals, along with the rest of the band playing with obvious experience and passion, we are sure that you will fall in love instantly with the sounds of Sister Sparrow and their laidback soul tunes, so be sure to catch them this weekend in downtown Austin.

Say Anything at The Scoot Inn

For the younger crowd, Say Anything will be hitting The Scoot Inn with Modern Baseball to bring pop punk to Austin, while adding a fresh new twist to their show by adding in a string section. Also playing with Say Anything and Modern Baseball are Cymbals Eat Guitars and Hard Girls. The band is touring in support of their latest album Hebrews, a record which completely changed the groups sound from pop punk to music that relies heavily on strings to bring the album’s sound to life. While the show is not sold out yet, we highly encourage you to get your tickets online, as this is one tour that die hard Say Anything fans will not want to miss.

British band World Party is bringing their lively performance to the Live Music Capitol and it is guaranteed to be a good time for all who watch. Beginning in the mid 1980’s, the band hasn’t stopped since then, with the group largely being a solo project of main member Karl Wallinger, who performs most of the instruments heard on stage by himself, using a multi-tracking device to achieve a studio like sound.

For the Austinites who are country music fans, ACL Live is the right place to be tonight, as Houston country singer Hayes Carll will be performing. With his dry vocal delivery and great guitar playing, Carll engrosses his audience from the first notes he plays, giving them the chance to soak in the stories that he tells through song, all while making for an enjoyable evening.

Florida deathcore band Traitors will be making a stop this weekend at the Dirty Dog Bar as part of their US headlining tour. As they prepare to melt your face off with their dark metal songs, fans of Warbeast will enjoy the bands somber and slower version of heavy metal, leaving fans of the genre satisfied with the music they stumbled upon this weekend.

The Appleseed Cast at Red 7

For the music fans who are looking to hear a good indie rock band this weekend, head on down to Red 7 to catch The Appleseed Cast from Lawrence, Kansas. Taking influence from bands such as Sunny Day Real Estate, the Appleseed Cast perform guitar driven music that has a calming feel, leaving their audience feeling content and satisfied after each performance. This is one show you do not want to miss out on, so get your tickets beforehand.

Town Hall Devils are one of Austin’s best up and coming bands. Playing several showcases at SXSW earlier this year, Town Hall Devils play a mixture of blues and rock, while writing songs that everyone can love, as well as putting on a killer concert that you will want to experience again.

The Wagoneers at the Continental Club

While the Wagoneers were an up and coming local act who had a taste of success in the 1980’s, they abruptly disbanded in 1988, leading them to remain dormant for over a decade until reforming in 2011. Since then, the group has had a continuing residency at the Continental Club on South Congress. Playing authentic and energetic country music, the Wagoneers put on an entertaining live show that you will want to recommend to your friends. Their performance is sure to draw a lot of concertgoers, so it is encouraged that you get to the venue earlier in order to get a decent spot. 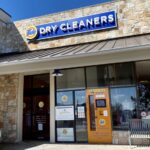 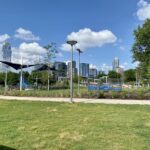 There are so many way to enjoy Austin before it gets too hot to function. Don't miss any of them with this Austin winter bucket list!
- February 24, 2021
Free Fun in Austin – Here Are the Best Events Happening in February 2021 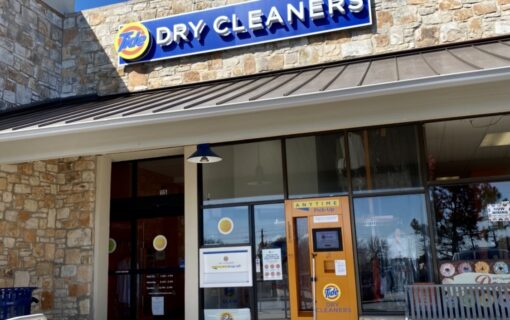 Tide Loads of Hope powered by Tide Cleaners is providing free laundry services to those affected by winter weather in Austin.