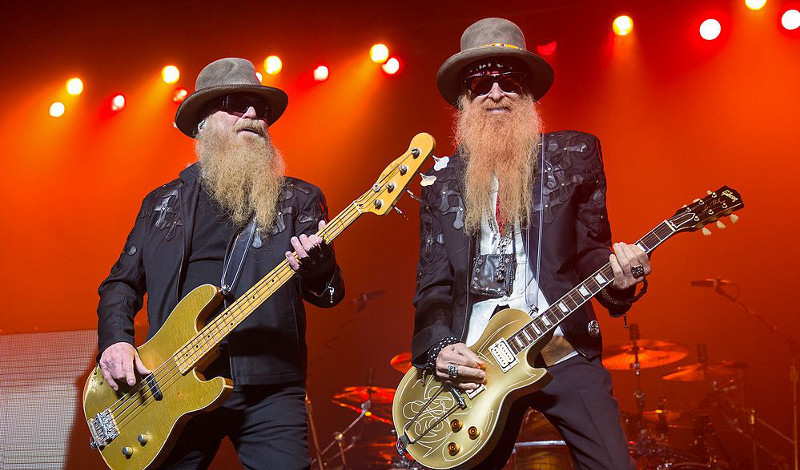 These 10 Austin Shows Will Make Your Weekend Special!

Brennen Leigh is an up and coming country songstress from Austin, Texas who plays chilled out country songs that have an emotional rawness that moves us deeply. Below, you can watch Leigh perform the song “Sleeping With The Devil” at a performance back in 2011. While Brennen has made a name for herself throughout the local scene, we are confident that she will become well known on the national country music stage as well, as her smooth and silky voice is something to be heard and experienced.

Texas music has its fair share of independent artists and Hill Country songwriter Terri Hendrix has gone on to become one of the state’s most successful musicians. The aspect of her career that sets her apart is that she has been able to bypass record labels and third party support by funding her recording sessions and album releases entirely through her mailing list. Since releasing her debut album Two Dollar Shoes twenty years ago, Hendrix has built up a dedicated fan base that supports every career decision Terri makes, allowing her to be as ambitious as she wants to be. With the release of her newest project Project 5 this coming year, where Hendrix will be releasing four albums and a book, we are sure that you will fall in love with her soulful live delivery, as her talents need to be heard by all who love country music.

Billy Gibbons and The BFG’s at ACL Live

Billy Gibbons, a member of the Houston rock band ZZ Top, will be coming to ACL Live to rock the doors off your weekend with his band The BFG’s, as fans experience his powerful guitar playing and raspy vocals that will excite any rock and roll fan with his energetic and lively approach to music.

Beginning this Friday and going for the entire weekend, we give you the Good Vibrations Festival happening at Hotel Vegas. Celebrating music of years past, the event will be bringing you some of the best psychedelic rock bands around, whether they are local or national acts. Fogg, a band from Fort Worth, Texas will be hitting the stage this weekend for their last performance of 2015. With their hazy guitars and pounding drums, you will not want to miss this animated band perform, along with the other fantastic groups the event will include.

Labeling himself as a soulwriter, instead of songwriter, Ray Prim puts every ounce of passion he can into his songs. Sounding similar to guitarist Ben Harper, Prim makes soulful and melodic music that is a relaxing break from the hectic workweek, and is a great way to usher in Monday morning. In the video below, you can get a taste of Ray’s laidback style, as well as what makes his music so enjoyable in the first place.

The Octopus Project at The Mohawk

The Octopus Project, an indie-electronica band from Austin, will be performing at The Mohawk to give audiences a taste of their 80’s inspired style. Releasing their last album Fever Forms in 2013, the group has had no problem winning fans over with their original take on music, and we are sure that if you attend the show this weekend, you will agree that the event is not one to miss.

Roland and The Roots Riddim at The Sahara Lounge

Roland and The Roots Riddim, a reggae band from Austin, will be performing at The Sahara Lounge for the venue’s popular Africa Night this Saturday. With soul and energy pulsating through every note of their songs, Roland and his band are something to see, as they are a unique band playing music that gets very little attention in our music scene.

If you’ve spent any time on Youtube in the past few years, you may have stumbled upon Scott Bradlee’s band Postmodern Jukebox, a jazz group that takes modern tunes and turns them into jazz classics, giving each song a fresh angle that we never could have imagined. Covering such pop stars as Britney Spears, Meghann Trainor, and One Direction, Bradlee and his band put on an entertaining live show that that is perfect for music fans of all ages. Due to the bands popularity, we suggest getting your tickets as soon as possible.

Six member Tennessee rock band Diarrhea Planet will be taking the stage at the Barracuda this weekend to play their fuzzy rock tunes that you will immediately become addicted to. Getting their start in 2009 with the release of their debut EP Aloha!, the band have found much success due to their appearances at SXSW, The Governor’s Ball, and Bonnaroo, all while introducing music fanatics to their catchy songs.

If you are looking for a laidback country artist, who looks similar to Elvis, then head on down to the Austin Beer Garden and Brewery to hear the sounds of local musician Lucas Hudgins play a late afternoon set at one of Austin’s most loved venues. Below, you can check out a song titled “Three Chairs” which showcases not only Hudgins abilities, but also his flavor.

If you would like to check out more of Lauren Gribble’s features, you can head to her website Listen Here Reviews.